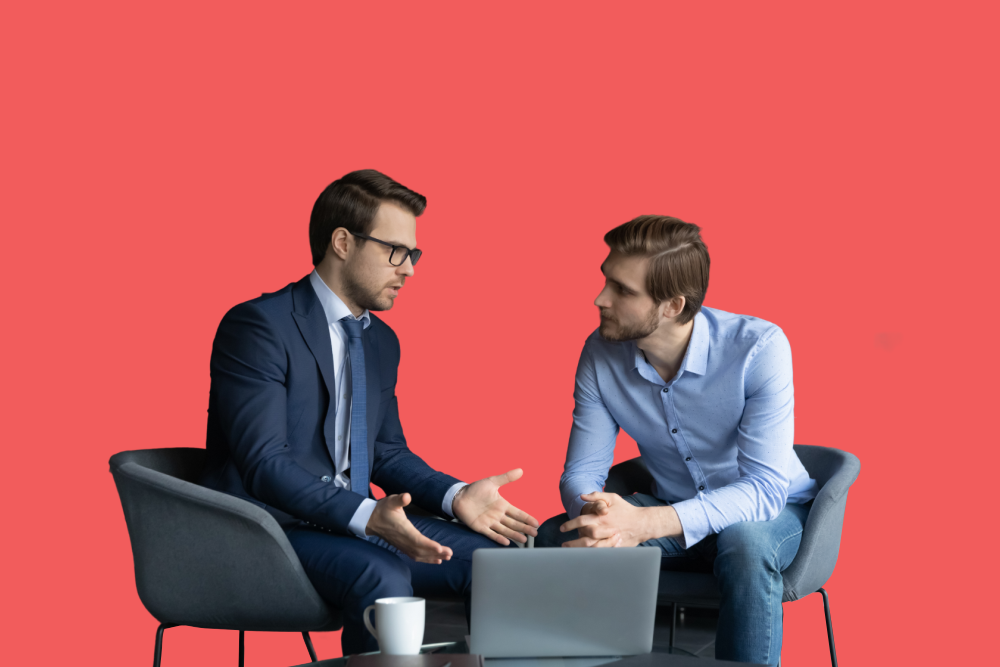 How to Coach Salespeople Effectively

Throw someone one tennis ball; they’ll likely catch it. Now, throw them four at once. They probably won’t catch any. Why? Because it’s hard to focus when too many things are “thrown at you” at once.

This is the problem with sales coaching today- it’s all or nothing. Managers tend to tick off a laundry list of challenges surfaced from CRM, listening to calls, reviewing demos, or reading emails. The list goes on.

Or, they do nothing at all.

In either case, you’re setting your sales rep up for failure by giving them too many balls to catch, or no interaction at all. When it comes to sales coaching, focus is critical. The manager’s job is to lob one tennis ball at a time in a way that a sales rep can easily manage.

Line up the others in order of priority, then toss one-by-one after the first has been handled.

Don’t be fooled by shiny objects. Call recording is not sales coaching.

Call recording software has embedded scorecards; in theory, they sound like a solution! For example, Christine has a demo with a prospect- we have a rubric to grade her against, and we fill out the scorecard. Then, voila! As a result, we expect miraculous improvement on the next demo. Unfortunately, that doesn’t happen, so then we score it again, wondering why Christine’s demos are not getting better.

The truth is, filling out a scorecard does one thing: it identifies problems. It doesn’t solve them, and it doesn’t hold people accountable. It only serves as an alert.

When you are in the process of buying a house, the home inspection lists all of the issues with the house. You have to decide which of the issues are a priority and get them fixed. The inspection does not solve the problem.

If call scorecards actually worked to change behavior, managers would fill them out and problems wouldn’t re-surface. Sure, high-performers can make swift changes, but they're not the ones you’re worried about.

Expecting to impact critical gaps with managers behind a computer entering notes to be read and applied is naive at best.

Use CRM, call recording, and other tools to identify the Challenges a sales rep is experiencing.  Maybe they aren’t asking for next steps. Maybe they do poor discovery. Maybe their demos are cookie-cutter and not relevant to each prospect. Gather them all, then decide which one (here’s that tennis ball again), if resolved, will have the biggest impact on this sales rep’s success.  That’s the one you’re going to coach.

Outline the path to success

Before you have a coaching conversation with your sales rep it’s essential that you understand what steps need to be taken to resolve the coaching issue.  A sales coaching conversation is not a brain-storm session.  You’re a manager because you have more expertise and/or experience.  Here’s where you use it!  Think through strong solutions to the problem for this rep.  Only then are you ready for a conversation.

In a sales coaching conversation (no longer than 30 minutes) you will surface the Challenge you’ve identified and (here’s where you lob it to your sales rep) present it for discussion and resolution. Use those discovery and active listening skills you developed as a salesperson to help your rep acknowledge the challenge, and demonstrate commitment to solving the problem.

It’s key that you ensure whatever action the sales rep plans to take is fully within their control.  You can’t hold someone accountable for something beyond their control. In addition, make sure your rep hasn’t overreached in order to try to impress you.

Too often managers get a commitment to behavior change or challenges from reps without discussing the consequences of the planned action. Transparency is essential. If someone’s job, bonus, or promotion is on the line, let them know. Align actions to individual goals.  Conversely, if a challenge is truly an opportunity for growth into greater responsibility or personal development, discuss those implications as well. Consequences are not always a bad thing.

Hold Each Other Accountable

Yes, you are both accountable. As a manager, you’ve got to show how you intend to support your rep on their action plan and what they can expect from you. Confirm these mutual expectations and set a tight timeframe for feedback and review.

Few managers follow up on coaching conversations. This creates unsuccessful coaching relationships with resentment on both sides. Make small commitments you can keep. Don’t push meetings because “something came up.”

Yes, we’re saying sales coaching is about one thing at a time. However, we know that these people have several things to coach. Backlog them. Prioritize them. Create focus on the things that matter. Develop a culture of successful resolution of sales coaching challenges and your reps will grow and engage with coaching conversations easily.

Don’t be fooled into thinking that scoring calls and demos moves the needle- it’s nitpicking and is more likely to frustrate than drive success.

CoachCRM unlocks the Challenges, tracks the Conversations, creates the Action Plans, and provides the Team Visibility vital to drive sales performance. It's time to coach the player. Not the play.

The Five Secrets of a Sales Coach

What others are saying

Hillmon and Cory did a great job on this one! By writing the book as fiction, instead of your typical sales textbook, the duo has been able to deliver great content in a fun format.Whether you're leading a team, trying to make the jump to manager, or a rep just looking for a new resource, 5 secrets has something for everyone.I would give it a 6/5 - 5/5 for the content and a bonus point for the original format! Keep 'em coming!
Scotty McComas

Absolutely fantastic. There’s plenty of writing about better ways to sell - but great front line management is the single best way to improve sales org results. This book is a fantastic primer on how sales managers can better coach their teams to success.
Peter Kazanjy

This book reminded me of Ken Blanchard's "One Minute Manager" in its use of story to convey powerful concepts... simply. This book is as entertaining as it is relevant and impactful. I've given it to every manager on my team as the framework we use for performance improvement across the sales team. Well done.
Mo Saifullah

This is another great addition to a list of books by Hilmon & Cory. This is a great book for anyone that is a leader and aspiring to become a leader. I recently read this book and I've already applied a lot of the advice to my team. there a alot of great books out on the market about coaching/leadership. I would recommend this book to everyone.
Yanosky Merzius

Most practical book I've ever read on sales coaching. Able to read and implement immediately. Highly recommend it!
Edward S.

So I have admit that I was a bit skeptical about the format being a fiction book for business. I can say after reading, it’s clear why they did it! The framework is presented in an easy way to understand and even easier to apply format. Definitely is a great book for anyone managing salespeople. Highly recommended!
JoftheNorth